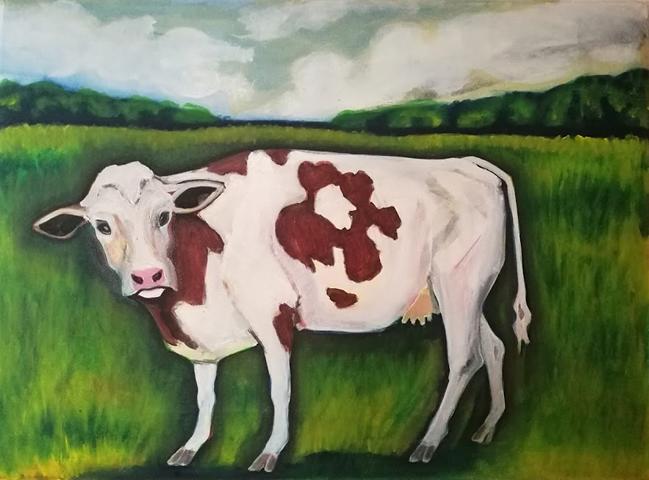 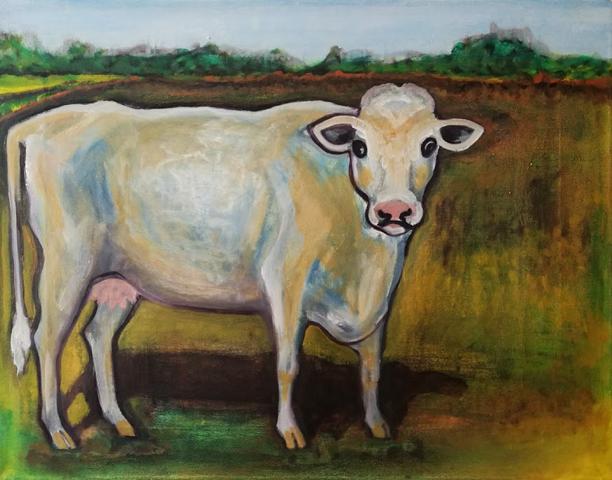 Due to the multiple benefits from cattle, there are varying beliefs about cattle in societies and religions. In some regions, especially Nepal and most states of India, the slaughter of cattle is prohibited and their meat may be taboo.

In Hinduism cows are thought to be sacred, or deeply respected. Hindus do not worship cows, although they are held in high esteem. The reason has to do with cows' agricultural uses and gentle nature. Hindus rely heavily on cows for dairy products, for tilling fields, and for dung as a source of fuel and fertilizer. So, cows are seen as a 'caretaker' or maternal figure. One Hindu Goddess is usually shown in the form of a cow: Bhoomi (ভূমি). She represents the Earth.

Most Hindus respect cows for their gentle nature. This represents the main teaching of Hinduism, which is do no harm to an animal. Cows also represents butter (ghee) and strength. Cows are honored in society and many Hindus do not eat beef. In the majority of Indian states it is illegal to eat or possess beef. There is a festival to thank cows for serving farmers for agriculture, This festival is called as "Mattupongal" which is one among the four days of the grand Indian festival called the Pongal which is completely focused on thanking each and every agricultural implement.

As the sheep is to Christianity, the cow is to Hinduism. Lord Krishna was a cowherd, and the bull is depicted as the vehicle of Lord Shiva. Today the cow has almost become a symbol of Hinduism.

Because the cow is respected as a sacred animal, it's allowed to roam unharmed, and they are pretty used to the traffic and the rhythm of the city.

As opposed to the West, where the cow is widely considered as nothing better than walking hamburgers, in India, the cow is believed to be a symbol of the earth - because it gives so much yet asks nothing in return.

History of the Holy Cow

The cow was venerated as the mother goddess in the early Mediterranean civilizations. The cow became important in India, first in the Vedic period (1500 - 900 BCE), but only as a symbol of wealth. For the Vedic man cows were 'the "real life" substratum of the goods of life', writes JC Heesterman in The Encyclopedia Of Religion, vol. 5. 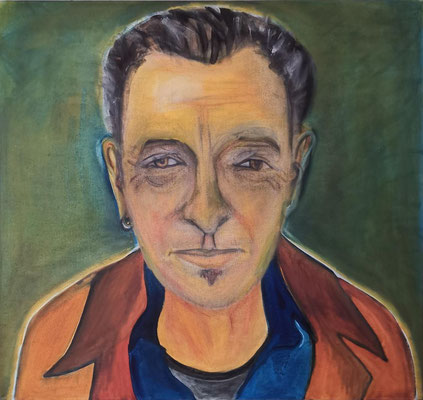 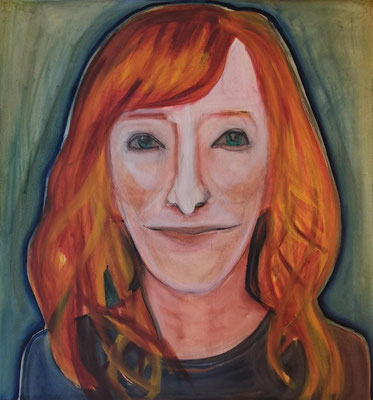 Veronika with the veil

The Portrait T-Shirt Collection is a row of handpainted portraits of well-known personalities on customary T-Shirts.

This is a preliminary total of twelve pieces for visualiuzing the idea.

The project is built as a bridge towars several other joint projects, but first of all is conceived for examining religious picture language like the

catholic myth around the VEIL OF VERONICA as a try to translate it into modern language.

The VEIl OF VERONICA is a christian relikt telling the story of a woman, who handed a piece of cloth to Jesus on his way to the crucifiction, for

letting him clean his face from sweat, blood and dirt. After having returned this veil, there was an imprint of Jesus face to be seen on it.

once a year on a balcony of the Peters Dome in Rome. 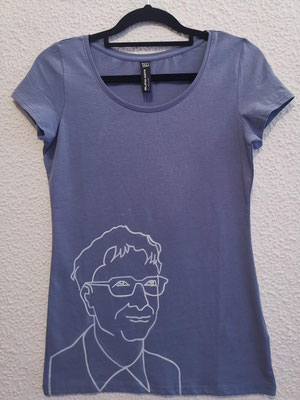 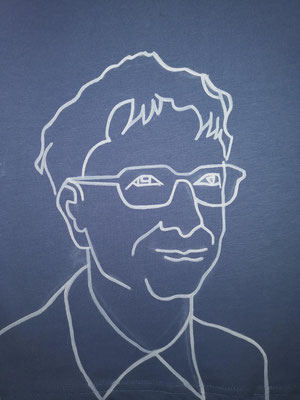